Wiehl, 01.10.2020 --- An autonomous trailer will be an integral part of the autonomous transport systems of the future – after all, this is where goods are actually transported. This is also why Germany’s Federal Ministry for Economic Affairs and Energy is funding a three-year research project to investigate the conditions necessary for a trailer that can be used autonomously. BPW is leading the consortium, which includes scientific institutes as well as sensor and IT specialists. Logistics experts and vehicle manufacturers are also involved in the project and will be testing experimental vehicles in real-world situations.

Connected transport is no longer a far-off fantasy, but is instead increasingly becoming the industry standard today. BPW’s research team is already looking ahead to the day after tomorrow, however – under the company’s leadership, a working group consisting of scientists, transport and logistics experts and vehicle manufacturers is conducting research into the autonomous trailer of the future. The three-year research project is entitled IdenT, which stands for ‘Identification of dynamic and safety-relevant trailer conditions for automated trucks’.

The vision of the fully automated and autonomously operating trailer truck makes both economic and environmental sense, as it could be used around the clock. This assumes that the vehicle is capable of performing the driver’s tasks – which include much more than just driving, such as monitoring vehicle functions and freight safety. This is why the connected trailer plays a key role in autonomous driving, as it constantly compares data captured by sensors (e.g. concerning the trailer environment, the condition of safety-relevant components and the road surface) with a ‘digital twin’ – an area of innovation that BPW is already successfully using in the real world today. BPW is acting as a system integrator, designing the concept and providing a measurement and development platform for the partners involved. And not just theoretically – an experimental vehicle will be used to test the system in actual driving operation. Before the first fully autonomous trailers are actually in operation on the road, development of the technology will pass through intermediate stages that will increasingly reduce the driver’s workload – and the research project is also intended to deliver concrete findings in this area as well.

The IdenT research project under BPW’s leadership is being funded by the Federal Ministry for Economic Affairs and Energy. The total budget of the project is 4.7 million euros. On the scientific side, the renowned Institute of Mechatronic Systems at Leibniz University Hannover as well as the Fraunhofer Institute for Structural Durability and System Reliability LBF and the Fraunhofer Institute for Industrial Mathematics ITWM are involved. BPW’s long-standing customers Weka Fahrzeugbau und Ansorge Logistik are contributing their know-how to the project as a vehicle manufacturer and vehicle operator, respectively, thus ensuring that the results of the research have practical applicability. Project partner Viscoda GmbH is an expert in computer-assisted vision, while OKIT GmbH is contributing its knowledge of IT architecture, IoT and data communication to the project. The specialists for sensor technology and spring damper systems from Industrial Science GmbH are also participating, as is ts3 GmbH with its extensive experience in the development and production of sensors for commercial vehicles. 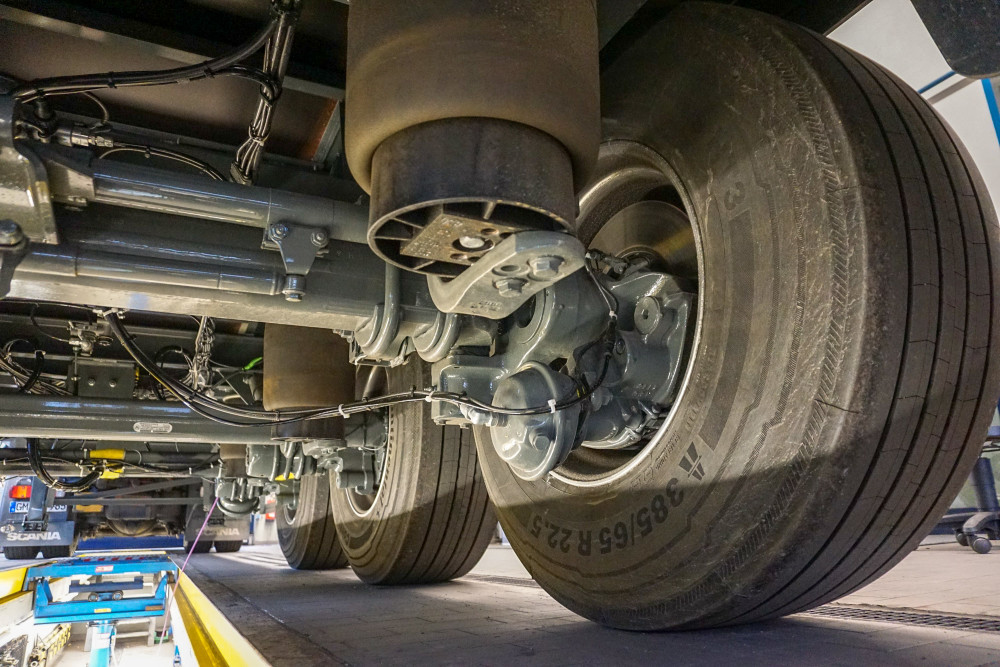 ‘Together, we are building an intelligent nervous system for the trailer of the future to enable the safe, autonomous operation of semi-trailer trucks. It consists of a sensor network and a cloud-based data platform, but also innovative data processing methods, both online and offline. Sensor data from the vehicle, the cargo and the environment will be analysed and processed in real time by a mathematical model of the trailer truck – a digital twin. Information gathered online during the journey will also be sent to an offline twin via a cloud infrastructure, which will use more detailed vehicle models to calculate component wear, for example, and report back to the online twin. We are pleased that the German Federal Ministry for Economic Affairs and Energy is backing this research project and are proud to have attracted renowned partners from the worlds of science and industry. And it goes without saying that our customers will also benefit from the results of this project in the short term – in the form of high-quality data that is already increasing transparency and contributing to greater profitability today,’ said Project Manager Jan-Philipp Kobler from BPW.

The era of autonomous transport is coming, as can be seen in BPW’s iGurt, a solution available today that digitally and remotely monitors load securing to ensure it is secured properly during the journey. Another groundbreaking product is the BrakePadMonitor, which does not simply warn when the trailer’s brake lining is worn out, but instead gradually measures its condition and thus makes it possible to plan visits to the service centre ahead of time. BPW’s AirSave system measures and corrects tyre pressure fully automatically and can also be digitally connected to the driver and the transport company.

‘We can draw on BPW’s expertise and successfully established innovations for the development platform. This includes trailer telematics, but also our competitive edge when it comes to digital twins. BPW running gear systems already have a continuous digital DNA that accompanies the trailer throughout its entire service life. I am delighted that with Weka Fahrzeugbau und Ansorge Logistik on board, we are working with two BPW customers who are contributing valuable practical knowledge to our research project,’ remarked Kobler, pleased.

About the BPW Group
The BPW Group researches, develops and manufactures everything needed to ensure that transport keeps moving and is safe, illuminated, intelligent and digitally connected. With its brands BPW, Ermax, HBN, HESTAL and idem telematics, the company group is a preferred system partner of the commercial vehicle industry around the globe for running gear, brakes, lighting, fasteners and superstructure technology, telematics and other key components for trucks, trailers and buses. The BPW Group offers comprehensive mobility services for transport businesses, ranging from a global service network to spare parts supply and intelligent networking of vehicles, drivers and freight. The owner-operated company group currently employs 7,000 staff in more than 50 countries and achieved consolidated sales of 1.41 billion euros in 2019. www.bpw.de/en

Digitalisation: BPW takes the lead in automotive and commercial vehicle suppliers - Transport industry ahead of transformation

The transport and logistics industry is on the brink of a radical transformation. The surprise: It is not the towing vehicle but the trailer that is driving the digital transformation – from vehicle construction to transport management to maintenance. BPW, a family enterprise from North-Rhine Westphalia, which is strengthening its lead as "Digital Champion" is providing the key technologies.