Wiehl 25.04.2018 --- Minister-President Armin Laschet sees the state of North Rhine-Westphalia (NRW) as a leading centre of innovation in e-mobility and of Industry 4.0 in Germany. On the recommendation of the state parliamentary representative Bodo Löttgen of the CDU party, he visited BPW in Wiehl to familiarise himself with novel drive concepts and production methods, and the emerging digitally interconnected world of logistics. BPW Group is seen as an archetypal hidden champion and typical of the SMEs resident in NRW, which are shaping the digital transformation of industry while accepting responsibility for man and the environment.

Road congestion and poor air quality in city centres, both of which are to some extent attributable to the growth in delivery traffic, are matters of concern for both the state government and the minister-president himself. Armin Laschet therefore took the opportunity last Friday to travel to Wiehl to visit one of the companies widely recognised as a pioneer of electric and digitally interconnected transportation.

BPW Group, which was founded as a forged axle manufacturer 120 years ago, is now spearheading innovation in the transport and logistics segments. As a typical hidden champion (7,000 employees worldwide, sales of more than 1.3 billion euros in 2016), BPW engages in researching, developing, producing and marketing practically everything needed to propel, safeguard, illuminate and digitally interconnect trailers, and to enhance their intelligence. BPW’s business segments range from axles and running gear to plastics technologies and telematics systems; it also maintains one of the largest spare part wholesaling operations for commercial vehicles in Europe. BPW personally liable managing partner Markus Schell welcomed the minister-president on his arrival and then took him on a guided tour of the innovations produced by the company, which ranks among the largest employers in the district.

Together with the state parliamentary representative for Oberberg South, Bodo Löttgen (CDU), and alongside the Mayor of Wiehl Ulrich Stücker and his deputy Sören Teichmann, Armin Laschet took a closer look at the electric axle drive eTransport developed by BPW. The electric drive, which has already won numerous innovation awards, is suitable both for converting utility and special-purpose vehicles, and for installation as standard in new commercial vehicles. Giving consideration to their operating profiles, municipal utility vehicles are ideal candidates for electrification. Armin Laschet put the driving dynamics of a test vehicle equipped with the drive axle to the test on the works site. “BPW is demonstrating how industrial companies in North Rhine-Westphalia can utilise their traditional skills to develop forward-looking solutions,” he remarked. “The drive that has been built by BPW is also good news for the local authorities in the state that are seeking to give their fleets of special-purpose diesel vehicles a new, electric lease of life.”

The state government is explicitly committed to developing NRW as the leading provider of future-proof and dependable Industry 4.0 solutions and innovative business models capable of driving the digital economy, and as the foremost market in this domain. BPW belongs to a select band of role models for Industry 4.0 named by the Federal Ministry for Economic Affairs and Energy. All of its processes in quality assurance, maintenance, production and logistics are already digitally interconnected.

BPW is now extending the reach of its digitisation initiative well beyond the factory gates to encompass the long-distance road network as well. The in-house Innovation Lab has developed a solution which, for the first time, facilitates the digital synchronisation of delivery vehicles and even the cargo itself with the associated production and logistics processes. To make this happen, BPW is drawing on the expertise of its innovation centres for mechatronics and the internet of things, and the know-how of its subsidiary idem telematics, which is the European market leader for interconnected transportation by truck and trailer. The integrated solution promises to achieve substantial efficiency gains and is to be offered to hauliers and shippers for the first time later this year.

Armin Laschet was also visibly impressed by the way in which the family enterprise translates its values into practice. All of the power consumed by BPW, for example, some of which it generates itself, originates from sustainable sources. Apart from solar panels on the roofs of the factory buildings, electricity is also generated by a hydropower plant – on the site where the company was originally established as a hammer mill 120 years ago. BPW has won multiple prizes for its sustainability concept and in recognition of its role as a responsible employer and training company.

Armin Laschet remarks, “BPW is living proof that businesses can uphold their values while vigorously pursuing innovation at the same time. Its commitment to the next generation, through training courses that offer not only professional qualifications, but also personal development and political education, could serve as an inspiration for other companies as well.”

Markus Schell says, “Although the media usually gives them less prominence than the major industrial corporations in the Rhine/Ruhr region, SMEs such as BPW make a telling contribution to fostering business innovation in NRW. For this reason we are especially delighted to welcome the minister-president as our guest. His visit is doubly significant because it also reflects the state government’s appreciation of our home region’s industrial strength.” 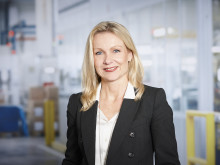 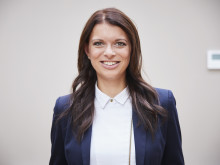 BPW belongs to an elite group of enterprises in Germany that are spearheading the digital transformation of products, applications and processes. The business magazine Focus Money and its research institute Deutschland Test have now recognised BPW as one of the leading Digital Champions: The Hamburg Institute of International Economics assessed around 10,000 companies for the ranking exercise. 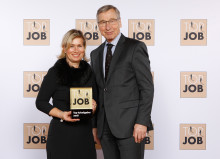 Among German SMEs, no company can claim to have more loyal employees than BPW Bergische Achsen KG. In the latest round of the independent and anonymised TOP JOB survey, the family business’s employees give their employer top marks for communication, development and prospects. Compared with their counterparts in other companies, the employees of BPW are especially loyal.

The market-leading telematics system for trucks and trailers from idem telematics with its cargofleet3 portal, has now been upgraded with a novel swap body management and security offering. Enhanced security is provided by an invisible digital seal, and the new system simplifies management of both swap body fleets and their depots.

The electrification of municipal and commercial utility vehicles is now gathering pace following today’s announcement by the Paul Group, a European leader in special-purpose vehicle construction, of a standard conversion package for the Mercedes-Benz Vario in collaboration with BPW Bergische Achsen KG. The company revealed its plans at a preview for local authorities in Vilshofen in Bavaria.

Situated in Siegburg, the think tank of BPW Group has unveiled an all-new digital goods tracking solution capable of significantly improving supply chain transparency. Costing around one-third of existing systems, it runs autonomously for up to two years without requiring a battery change. The solution is currently undergoing testing and scheduled to enter the market in 2018.

eTransport, the electric axle drive developed by BPW, is thought to have won more innovation prizes this year than any other concept in its category. BPW has now added the European Transport Prize for Sustainability to its trophy cabinet. The company ranks among the heavyweights in the true sense of the word, not only in view of its multiple awards. 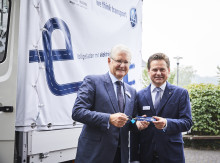 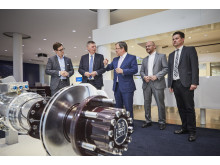 Together with the state parliamentary representative for Oberberg South, Bodo Löttgen (second from left), and alongside the Mayor of Wieh... 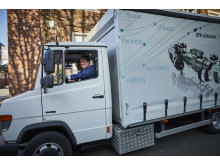 Armin Laschet joined the BPW Managing General Partner Markus Schell to put the driving dynamics of a test vehicle equipped with the drive... 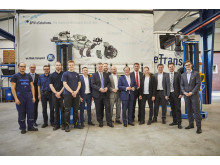 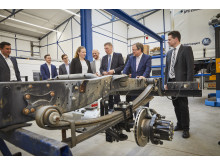 In-house senior management consultant Katja Boecker (fourth from left), who is an expert in electromobility, explained the ways in which ... 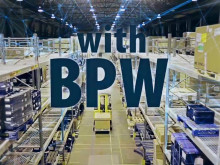 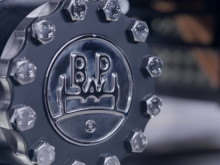 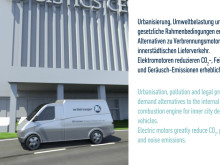 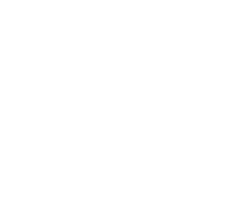