Wiehl, 19 March 2019 --- What exactly is ‘good design’? To many people, this primarily means an aesthetically pleasing product design. The iF DESIGN AWARD 2019, on the other hand, illustrates that good design is above all a matter of purpose and concept – and recognised the international mobility and system partner BPW for a product that consumers will probably never see.

The iF DESIGN AWARD 2019 was awarded to the BPW iGurt in the ‘Professional Concept’ discipline’s ‘Safety’ category: the iGurt is a handy information system that can be attached to a lorry’s lashing straps in just a few simple steps and monitors their preload during lashing and driving. This gives the driver an overview of the tensile force being exerted on the lashing strap while lashing. This makes it possible to permanently monitor and seamlessly document that the cargo has been secured correctly; it also reliably prevents damage to sensitive cargo caused by lashing the straps too tight.

This greatly increases safety, as improperly secured cargo is frequently the cause of wobbling and tipping lorries on the road. In fact, an inadequately secured load is thought to be the cause of about 20 to 25 per cent of traffic accidents involving heavy goods vehicles. The iGurt system also pays for itself quickly: it leads to less damage to the load and thus to lower staffing costs for processing damage claims.

The iF DESIGN AWARD is presented once a year by the world’s oldest independent design institution, iF International Forum Design GmbH, from Hanover, Germany. Thanks to its innovative concept, the iGurt impressed the 67-member, independent jury of international experts. Numerous candidates submitted entries: the jurors had to award the coveted seal of quality to one of 6,400 submissions from 50 countries.

BPW (approximately 7,200 employees worldwide, 1.48 billion euros turnover in 2017) developed the concept and design of the iGurt in joint workshops with forwarders, logistics companies, as well as security and insurance experts. The overall technical concept came from BPW’s mechatronics team, which was also responsible for the intuitive design of the smartphone app. The robust housing of the iGurt, which can easily be attached to the lashing straps via a folding mechanism, was designed by the Solingen design studio Kurz + Kurz Design.

Dr Markus Kliffken, member of BPW’s executive board responsible for innovation management, commented: ‘We are very proud of this award. It proves once again that good design is more than just an aesthetic appearance. The user experience of the iGurt and the corresponding app were very important to us in this respect. The iGurt solves a relevant safety problem during transport in an easy-to-use and economical way. We dedicate this award to the customers and partners with whom we developed this concept.’

The BPW iGurt was named ‘Trailer Innovation 2019’ immediately after its premiere in September at the IAA Commercial Vehicles fair in Hanover. This prestigious industry award is presented by a jury of 16 international specialised journalists and experts from the Association of the German Automotive Industry. WirtschaftsWoche magazine also presented the ‘Best of Consulting’ award to the consulting firm Innovative Management Partner (IMP), which supported co-innovation activities with transport companies on behalf of BPW as part of the development of the iGurt. 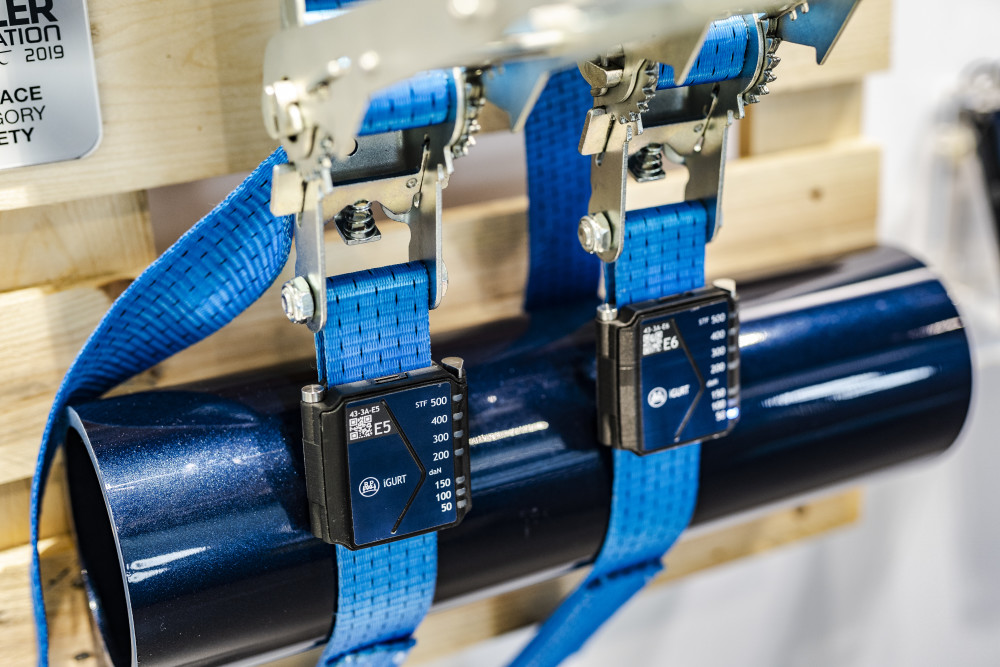 The iF DESIGN AWARD 2019 illustrates that good design is a matter of purpose and concept – and recognised with BPW's iGurt a product that consumers will probably never see. 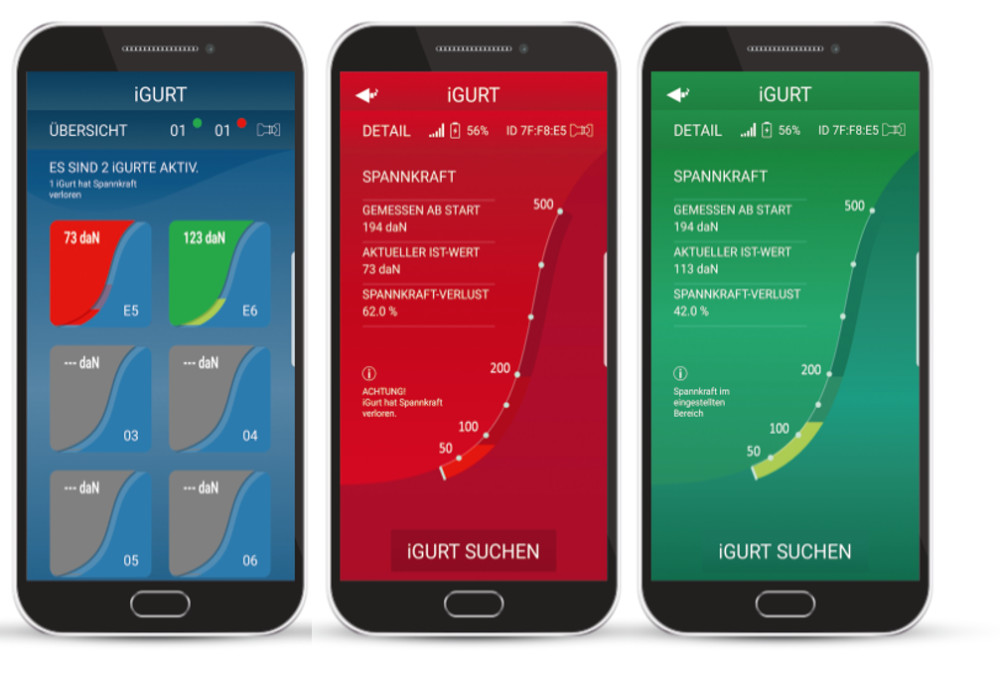 The iGurt comes with an intuitive app that immediately raises an alarm if the pre-tensioning force is lost.

About BPW Bergische Achsen Kommanditgesellschaft
BPW Bergische Achsen Kommanditgesellschaft is the parent company of the BPW Group. With over 1,600 employees, including around 120 trainees, the family-owned company has been developing and producing complete running gear systems for truck trailers and semi-trailers at its headquarters in Wiehl since 1898. BPW’s technologies include axle systems, brake technology, suspension and bearings. BPW’s trailer axles and running gear systems are in use in millions of vehicles around the world. An extensive range of services also offers vehicle manufacturers and operators the ability to increase the efficiency of their production and transport processes. www.bpw.de/en

About the BPW Group
The BPW Group researches, develops and manufactures everything needed to ensure that transport keeps moving and is safe, illuminated, intelligent and digitally connected. With its brands BPW, Ermax, HBN, HESTAL and idem telematics, the company group is a preferred system partner of the commercial vehicle industry around the globe for running gear, brakes, lighting, fasteners and superstructure technology, telematics and other key components for trucks, trailers and buses. The BPW Group offers comprehensive mobility services for transport businesses, ranging from a global service network to spare parts supply and intelligent networking of vehicles, drivers and freight. The owner-operated company group currently employs 7,200 staff in more than 50 countries and achieved consolidated sales of 1.48 billion euros in 2017. www.bpw.de/en

Improperly secured cargo is frequently the cause of wobbling and tipping lorries on the road – and accidents and cargo damage cost transport companies millions every year. In future, an innovative, intelligent cargo securing system from BPW will prevent this from happening. Yet the development methodology used is also a remarkable aspect of this innovation.

BPW can once again celebrate its win of an important innovation prize – twice over. A jury of 16 international trade journalists and experts from the German Association of the Automotive Industry (VDA) selected two innovations from BPW for the ‘Trailer Innovation 2019’ award. Both innovations combine a significant gain in safety with substantial cost savings for vehicle operators.

Transport damages caused by poorly-secured freight are routine in the transport business; serious accidents and damages to the load frequently occur due to rolling and tipping truck trailers. BPW is now tackling one of the main causes with intelligent cargo restraints: the iGurt checks and documents the tension of the lashing strap and promises massive savings.

BPW is giving cargo a voice using sensors and digital connectivity – the iGurt indicates whether it is correctly secured in the drawbar trailer during the journey, while the CargoTracer connects it directly with senders' and recipients' merchandise management systems. And these solutions already contain key technologies required for autonomous transport.

Open.Together: the BPW Group is showcasing itself as a partner for digitisation and networking at ‘transport logistic’ trade show

BPW is one of the global market leaders for trailer axles and running gear systems – but anyone looking for heavy metal at transport logistic in Munich is in for a surprise: the BPW Group stand at the trade fair (Hall A6, Booth 310) is all about digitisation, networking and electromobility. However, the company group wants to inspire its customers with more than just high-tech solutions...

The shreds of blown truck tyres are a typical sight along the edge of the motorway. Yet blown truck tyres are anything but harmless – tyre blowouts are highly dangerous and even minimal pressure losses can be extremely costly for hauliers. This is why BPW will soon be offering a tyre pressure control system ex works that pays for itself during the very first year.